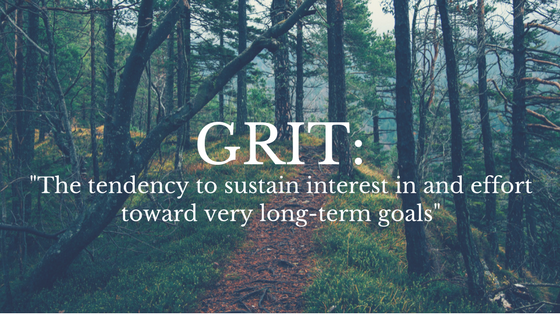 Hey, y’all! Christine has FINALLY asked me to make my first celebrity contribution to A Healthy Dose Of Life. My topic of choice for today’s blog post is Grit. What exactly is grit and how do you know if you are a gritty individual? How can you apply grit to all of your goals and ambition? That’s what I’m here to help you find out!

Let me start by saying: while Christine and I both share a passion for healthy fitness and nutrition, we go about achieving our goals in very different ways. We also have very different goals. Which brings me to my first point: never compare your goals, desires and results to someone else’s. As human beings we’re all similar in the fundamental fact that we’re all different people. Confusing? Possibly. However, understanding that you are a unique person can help you determine what the best approach and execution method is for achieving goals, in fitness and in life.

Back to grit. Grit is such a great word. My high level of grittiness is an aspect that is a true part of my personality. It’s my badge of honor. Trust me when I say that you want to be as gritty a person as possible because you can’t spell “Integrity” without the aforementioned “Grit”.

I get my definition of grit from Angela Duckworth; a psychologist and professor at the University of Pennsylvania. She wrote an excellent book (which has subsequently become one of my staples), titled, simply, “Grit”. Grit, as defined by Angela, is the tendency to sustain interest in and effort toward very long-term goals. As a result of Angela’s definition, it is my belief that whether you have long-term goals or short-term goals, in fitness, health, or in life, it is important to have a certain level of grit in your repertoire if you want to be consistently successful.

A few months ago I went to visit Angela’s website to do additional research and I stumbled upon her test. The “Grit Scale” (her words) is a ten question test that upon completion gives you a number that compares your grittiness to all others that have participated. Simply knowing the number that you receive – I scored 4.8 (out of 5), which is higher than 99% of American adults in a recent study – is certainly not going to help you fully understand what grit is and how you can apply it to your goals. However, it is a great starting point because answering the ten questions on the test will make you think about yourself and how you approach all different types of situations. Maybe more importantly, the test will also make you think about you react in all different types of situations.

Take a minute right now and think about a time in your life where you were challenged but ultimately found a way to succeed. If you can give an example to that scenario then you can probably also think of a time where you really wanted something great, whatever it was, but ultimately gave up at some point before accomplishing the goal.

What was different about your approach to your success versus your failure? What was different about your reaction towards your success versus your failure? Answering the questions related to approach and reaction can help us begin to better understand exactly how our mind works in given situations and how the answers can be applied to your grittiness.

When I was twelve years old I ran into one of my first memorable crossroads. I had played baseball since I was five and I was entering my final season of Little League. I loved baseball and I wanted badly to succeed at a more dominant level — something I hadn’t been able to consistently do in the past.

At that time I was one of the shortest kids I knew, standing a towering 5’0” if I was lucky. This had bothered me in the past as I would get bullied and teased by my classmates. It was also apparent that not everyone believed I could be successful in sports because of my height.

Luckily, I had a strong support system back home. My parents taught me that having a strong work ethic mattered more to my ultimate success than my perceived (and actual) height. That year I personally decided not to let my lack of height have a negative impact on me. I also took it upon myself to use my developing work ethic and do some research into fitness for the first time while also deciding to actually listen to the advice my Dad had when it came to hitting.

In the cold of Syracuse’s winter when most people are content with cozying up on the couch I made two key decisions that positively altered my performance and my confidence as a baseball player.

The first move I made was to incorporate push-ups, sit-ups and bicep curls into my nightly TV routine. It’s crazy for me to think had I grown up in 2017 and without commercials that I might not have gotten the idea to be productive during that time. But in 2000-01 during every commercial break, there I was: working through one of the variations and building my first fitness foundation.

The second move I made was to commit to hitting off the tee in my parent’s garage every single night. Not only did I commit to hitting off a tee (such an easy thing to do you can pay “tee-ball” when you are as young as five), I was also committing myself to doing drills off the tee and tuning my mechanics like I never had before. One drill, in particular, holding my right hand on my left wrist and pushing my dominant arm through my swing zone, helped my with my bat speed and was probably the single most important drill that I ever learned.

When winter finally broke and the season began I got off to a notoriously slow start that season, but eventually the preparation I had obtained from my daily grit all off-season finally paid off. I hit my first home run in May and I never looked back. I ended up leading my league in home runs that season even though I was easily one of the shortest kids on the field. My newfound fitness strength and my vastly improved bat speed contributed to me crushing everything that came my way. More importantly, I was helping my team win and we began the season 16-0 before losing in the Tournament of Champions (a game in which I also homered on the very first pitch).

To some people, this example of grit may seem silly because it happened so long ago. But I don’t see it that way. I see it as the example that laid the foundation for all my future and continued successes.I gained a great deal of confidence because my preparation and grit allowed me to reach new heights. Long before I knew about Grit I had proved to myself the value of commitment when working towards a goal.

Successful people set long-term goals, and they know that these aims will only be achieved through short-term habits that need to be observed and maintained every day. I wanted to be a superstar (long-term goal) so I committed two hours every day in the off-season to fitness and hitting (short-term habits).

Now take a minute again to think about yourself. How do you approach situations and how do you react to them. Does your approach and reaction allow you to stay gritty and on track, or do you find yourself giving up and quitting too easily and too often? If your approach is working then that is great; stay on track but continue to challenge yourself! If your approach is not working then you might want to do some homework on yourself so you can stop wasting your time and ultimately find results in the successes you aspire to achieve.
As I leave you I think it is important to note that not everyone has to be a 4.8 on the “Grit Scale” to incorporate gritty habits into their lifestyle. My definition of grit is encompasses a lot of Angela’s findings; but I think the key aspects to grit are patience, discipline, commitment, and sometimes even sacrifice. It’s also important to remember that healthy habits shouldn’t be something you do; they should be something you are. Whether you are trying to apply grit to your life goals or your fitness goals take the time to learn about your approach and your reaction to situations. What you learn about yourself will help you unlock what makes you a gritty person and can help you define your definition of grit.